I want to Shoot My Screen!

OK so now I have your attention! If we re-arrange the words a bit “I want to take a shot of my screen” aah yes screen shots but what are they good for?

Many websites while allowing students to do drill and practice and take quizzes, they lack the ability to save or record scores or results. Have the students take a screenshot of their results and submit via google classroom as an attached image. 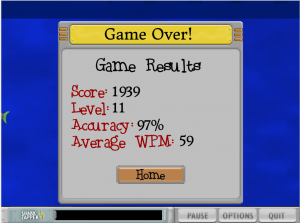 Screenshots are a way of capturing a picture of your screen, be it your chromebook, a desktop computer or even your cell phone. The secret to unlocking this feature is to know the magic key combinations or button presses for your particular device. There are two types of screenshots.

Once you have your screenshot saved it can be attached to an assignment in Google Classroom using the Upload File option in the Add menu. (some students may have screenshots saved directly to their drive – they would use the Google Drive option)

Teachers can now view each of the screenshots from their assignment screen and give grades if desired.
So now when you find that cool website that your students can use to practice skills or use their creativity, you have a way for them to save them and submit them easily using screenshots and Google Classroom.